We hooked up the Tincan and left Southern California for the foothills of Phoenix. We’re set up in one of our favorite parks just outside of Scottsdale and Fountain Hills. McDowell Mountain Regional Park has miles of mountain biking and hiking trails that keep calling us back. 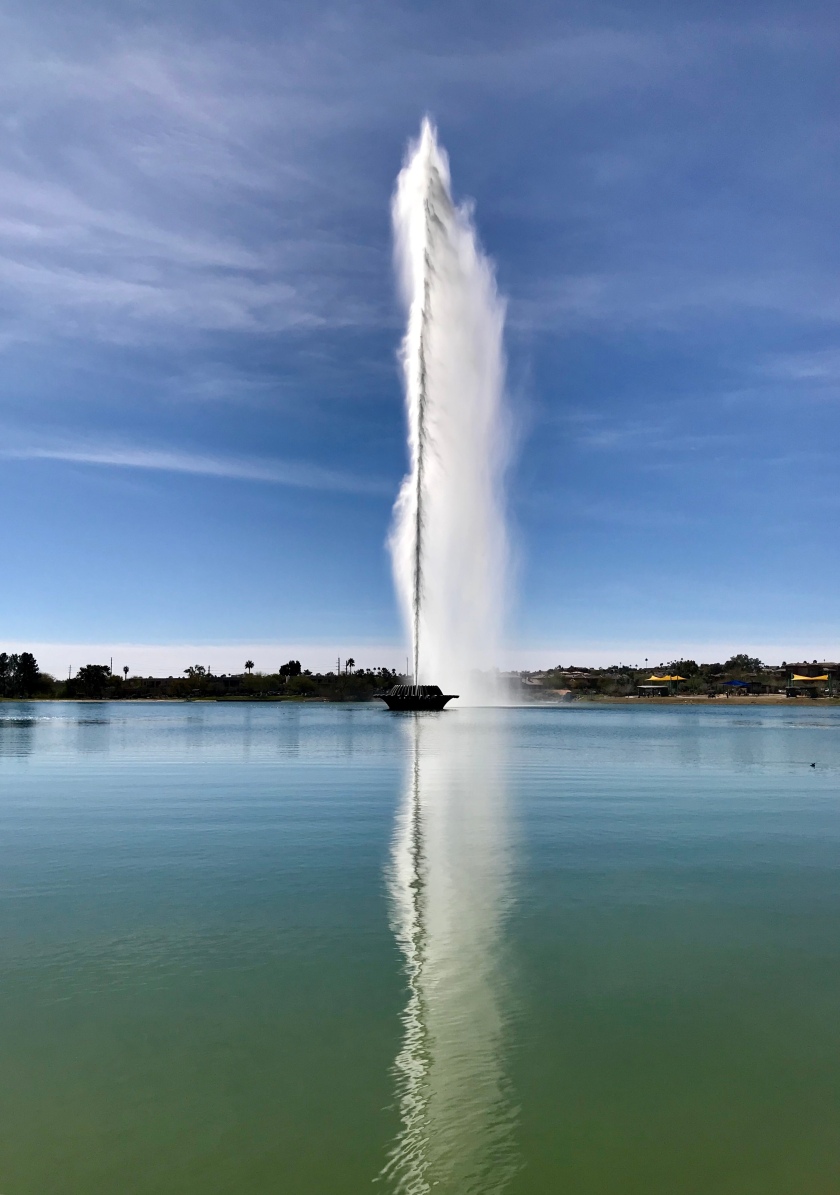 The fountain in Fountain Hills

This is the view from our door- and this part of the desert smells great. Actually it’s technically not a desert- more chaparral- and this winter it is getting plenty of rain. 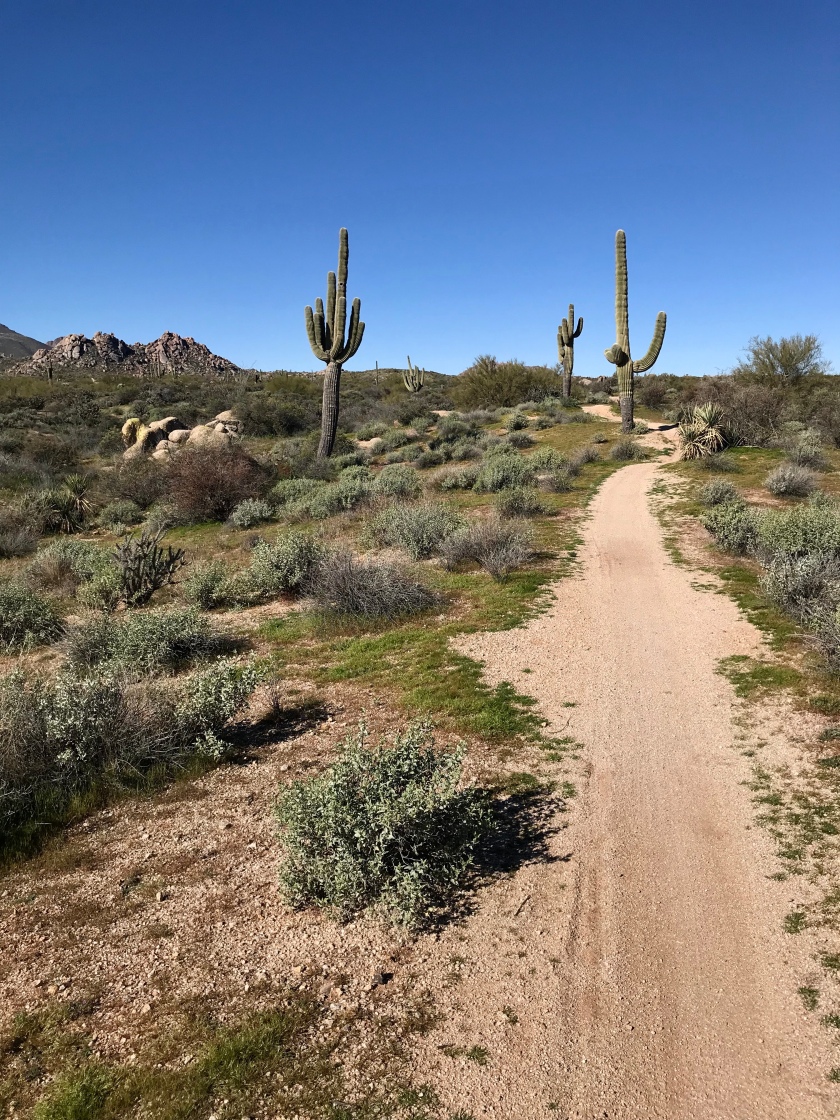 We’re always on the lookout for birds.

Camping at McDowell Mountain Regional Park allows us to be in easy striking distance to all the amenities of city life. One of our favorite places to visit is the Musical Instrument Museum (MIM).

Besides having examples of the music and instruments from just about every country in world, it also has a changeable roster of special exhibits. The current exhibit is about the development of the electric guitar.

The exhibit consists of historically important instruments from the collection of Lynn Wheelwright. 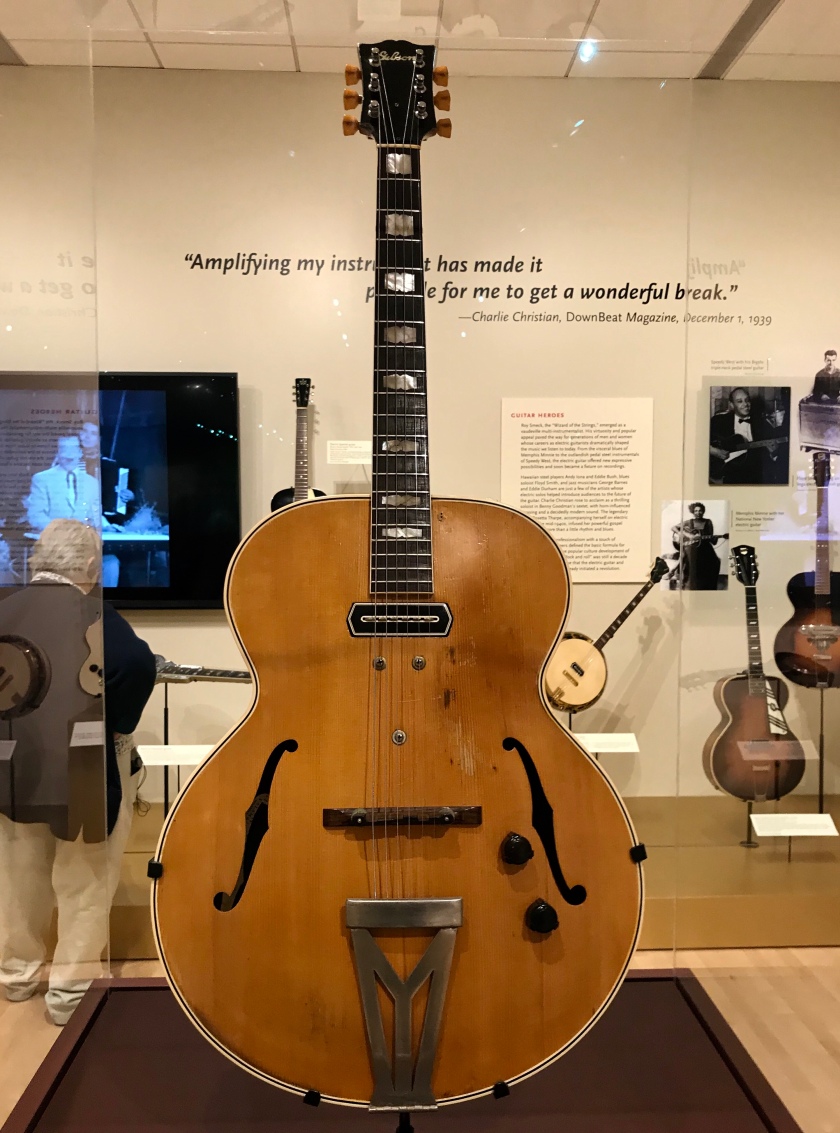 For those who don’t know, Charlie was the first significant electric jazz guitarist. He became famous playing with Benny Goodman.

Tommy was born in Niagara Falls and made his name as a LA studio musician. You may not know the name but you’ve heard him play. Those guitar riffs from the themes of The Twilight Zone, Bonanza and Green Acres were Tommy’s. If you ever listened to Good Vibrations by The Beach Boys you listened to him play this guitar.

The museum also has a wonderful 300 seat auditorium. We went to see an electric guitar driven jazz quartet- The Nils Cline 4.

Meanwhile back at camp. 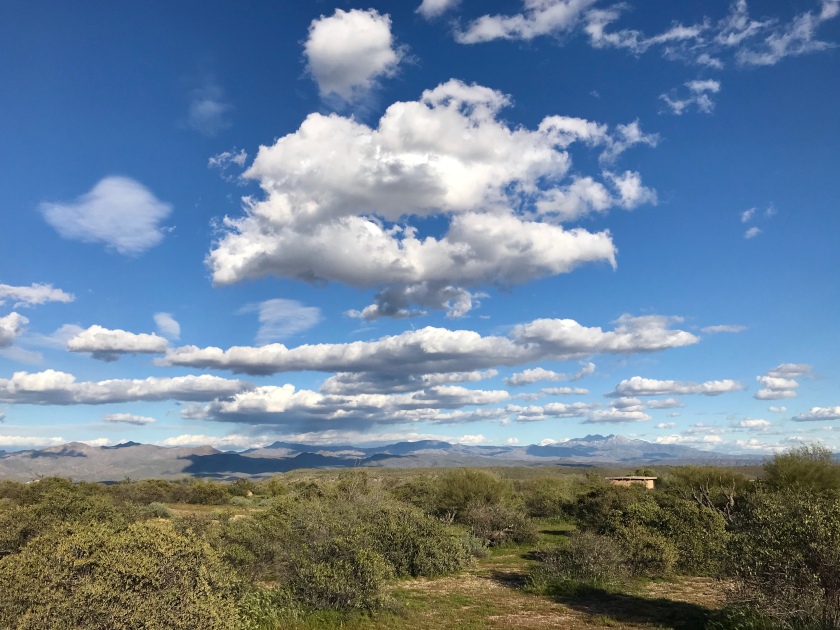 The wet weather has moved on and has left an explosion of flowers and happy cacti. 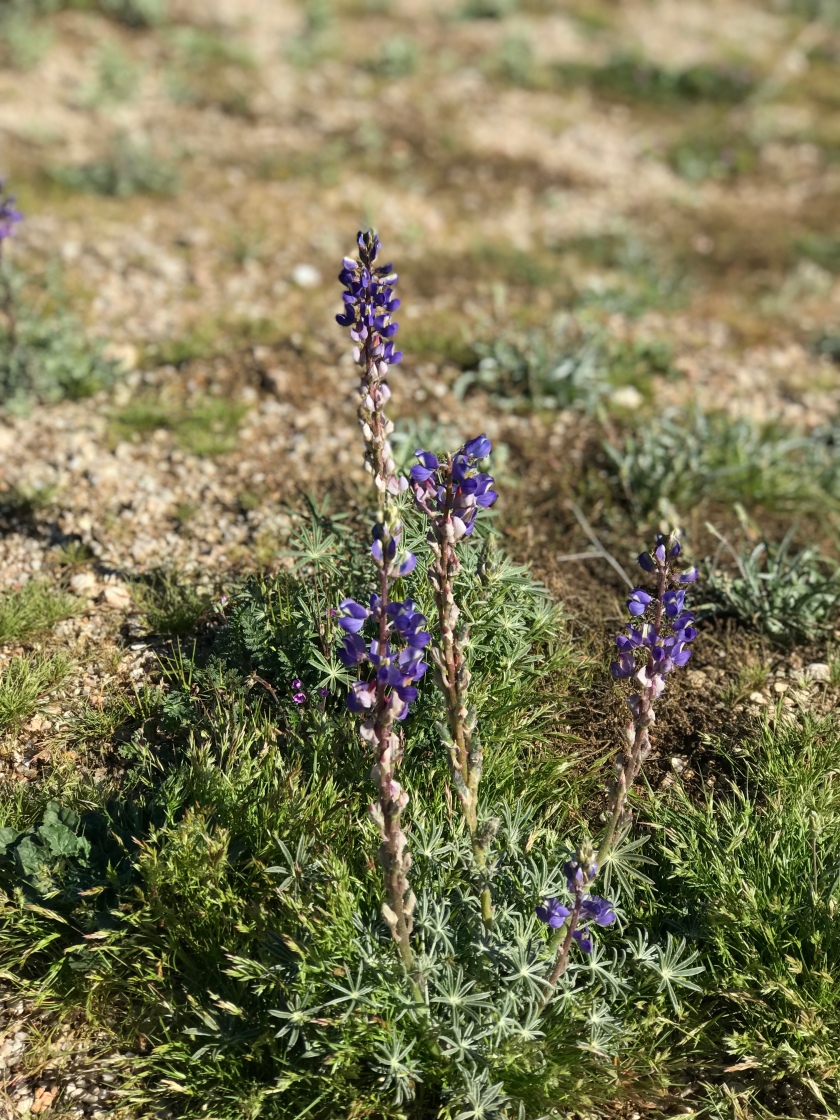 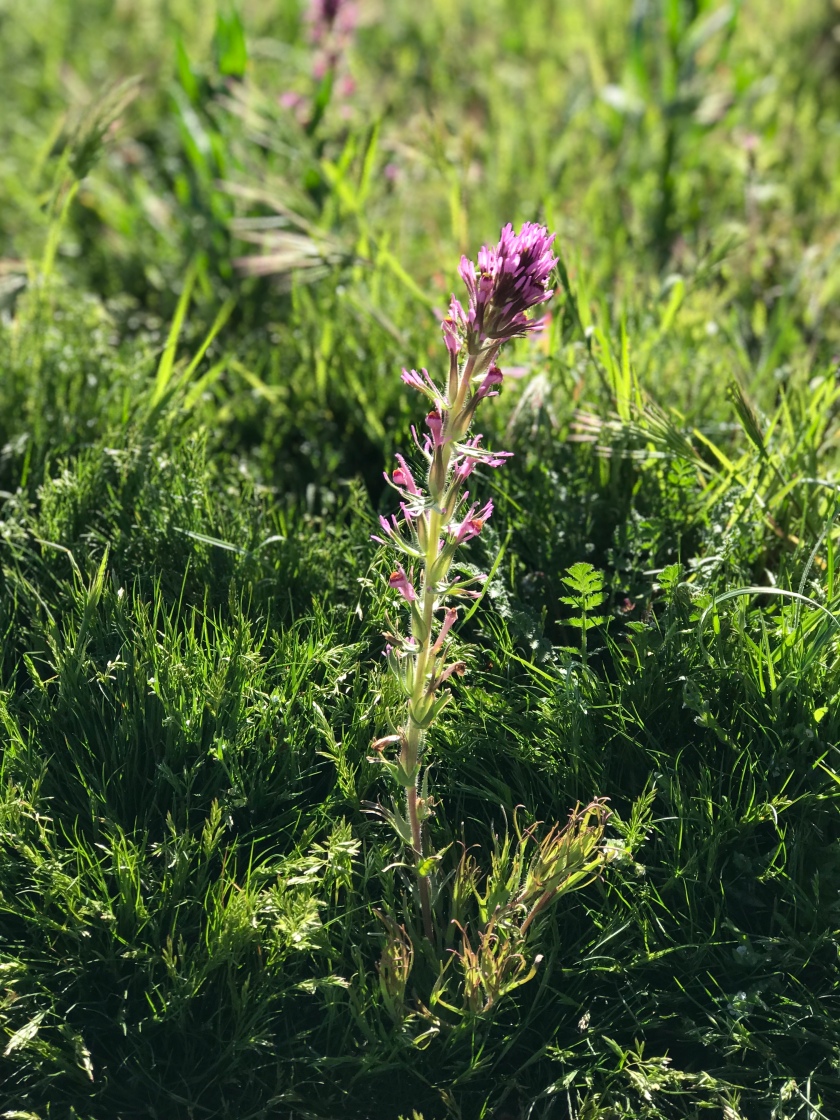 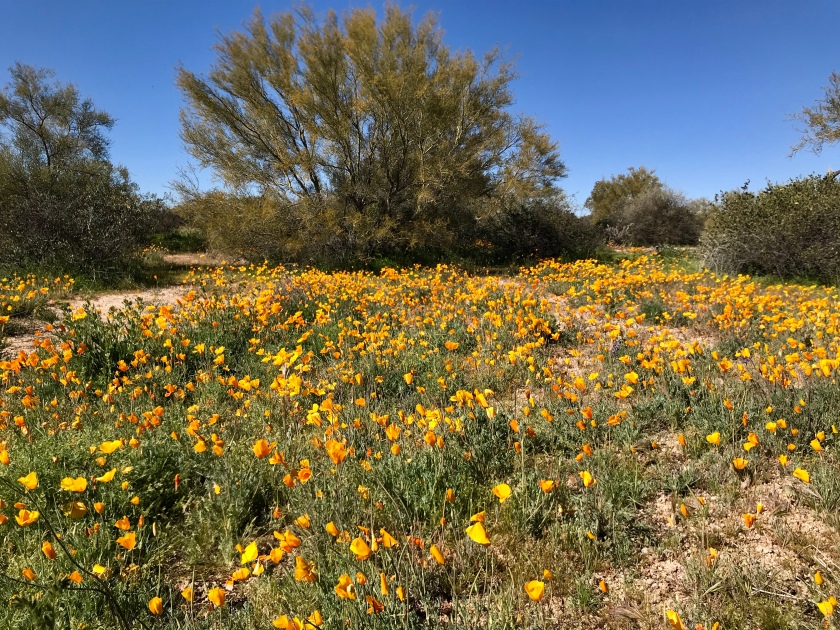 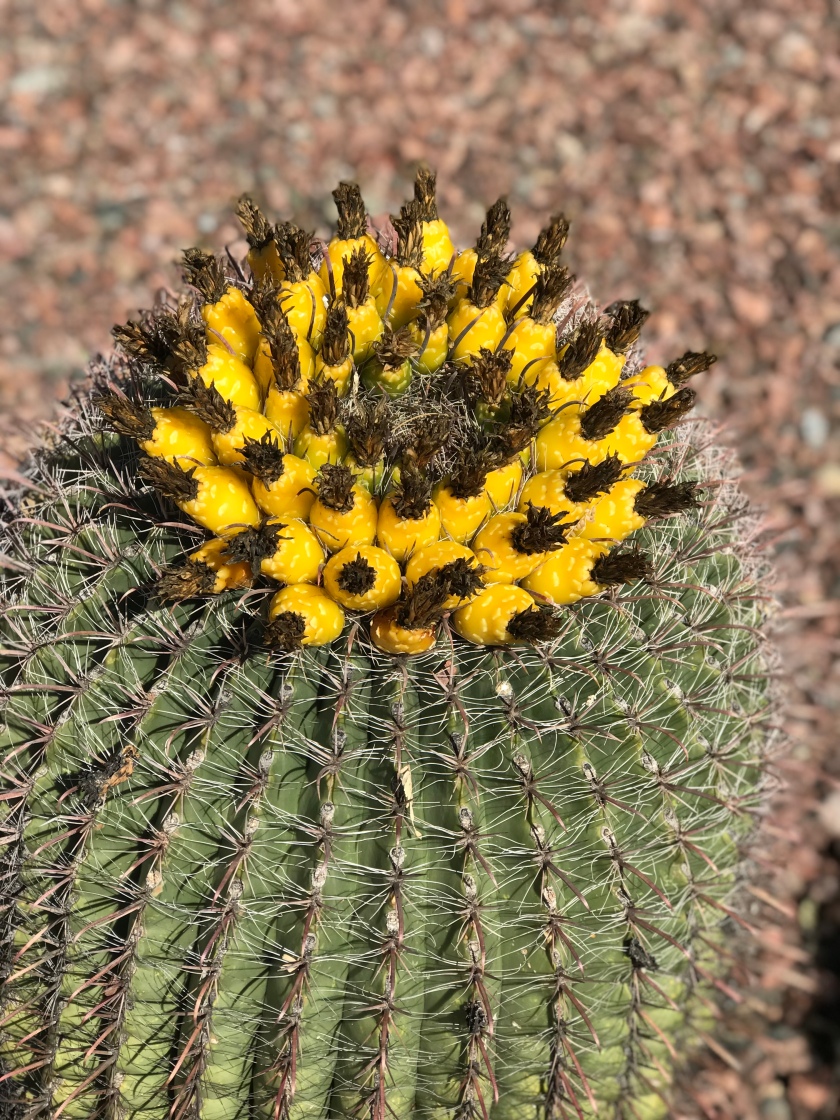 We made our way back to the Heard Museum after finding out that the Hoop Dancing World Championship was taking place. Public performances of modern hoop dancing began in 1930’s with Tony White Cloud of the Jemez Pueblo. He created a performance program for the tourism industry using willow hoops while dancing to intertribal music. The first World Championship was held in 1991. This is a wonderful event and we highly recommend attending it if you’re in the area. It’s not just the amazing dancers but also the drumming and singing that accompanies the dancers. Put it on your to do list. 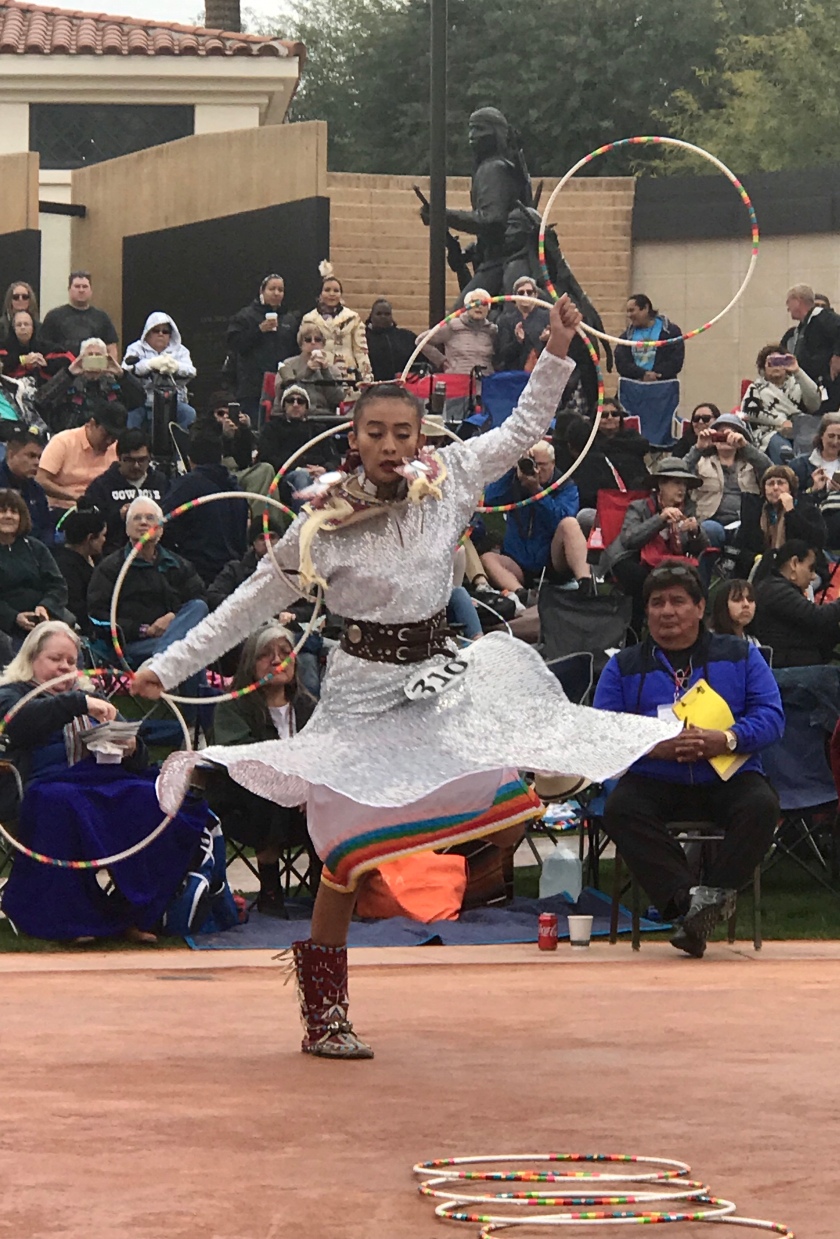 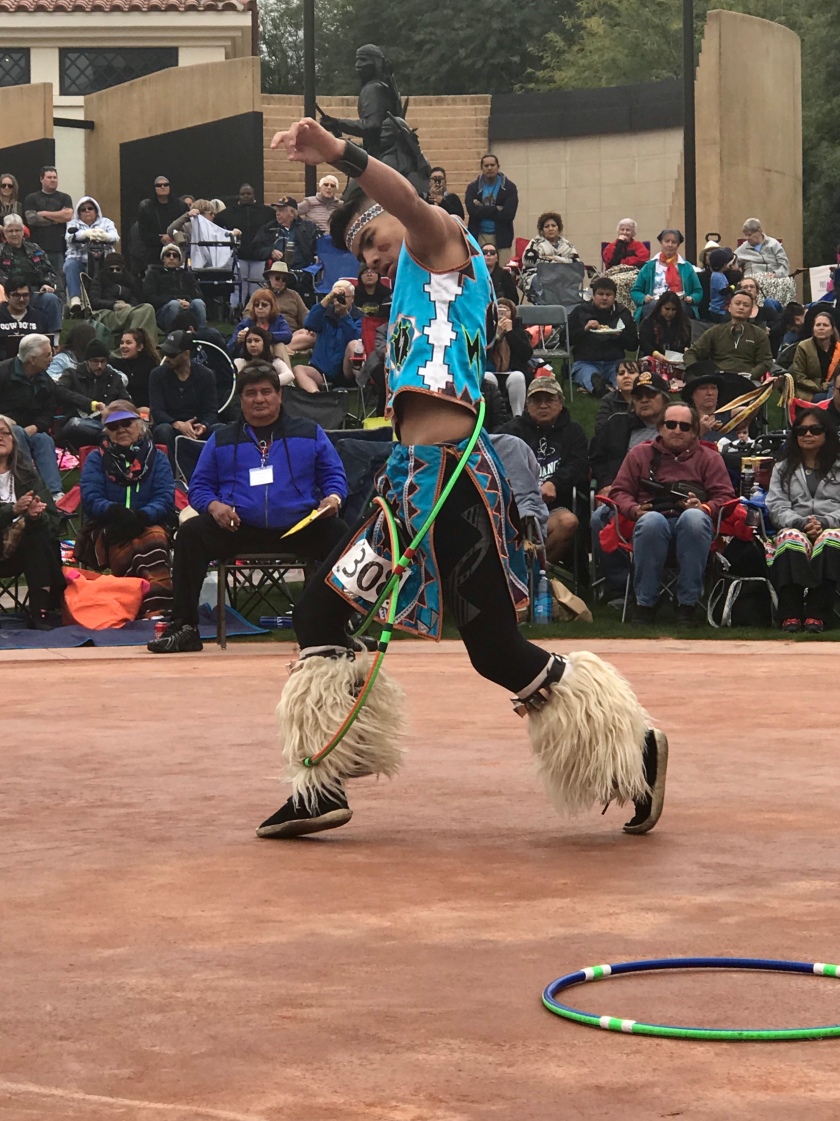 The Scenic Trail is a tough trail to bike but a nice 3.8 mile hike. We do this hike whenever we visit. 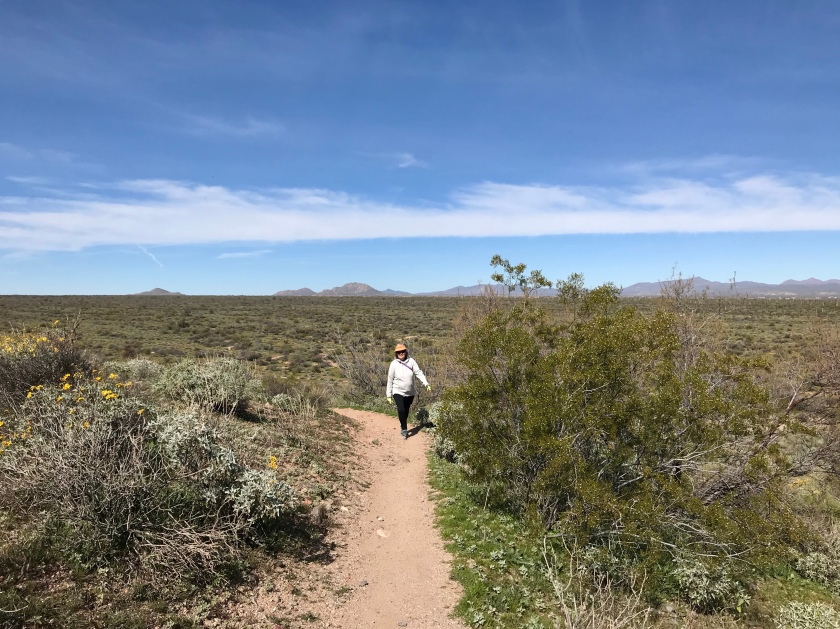 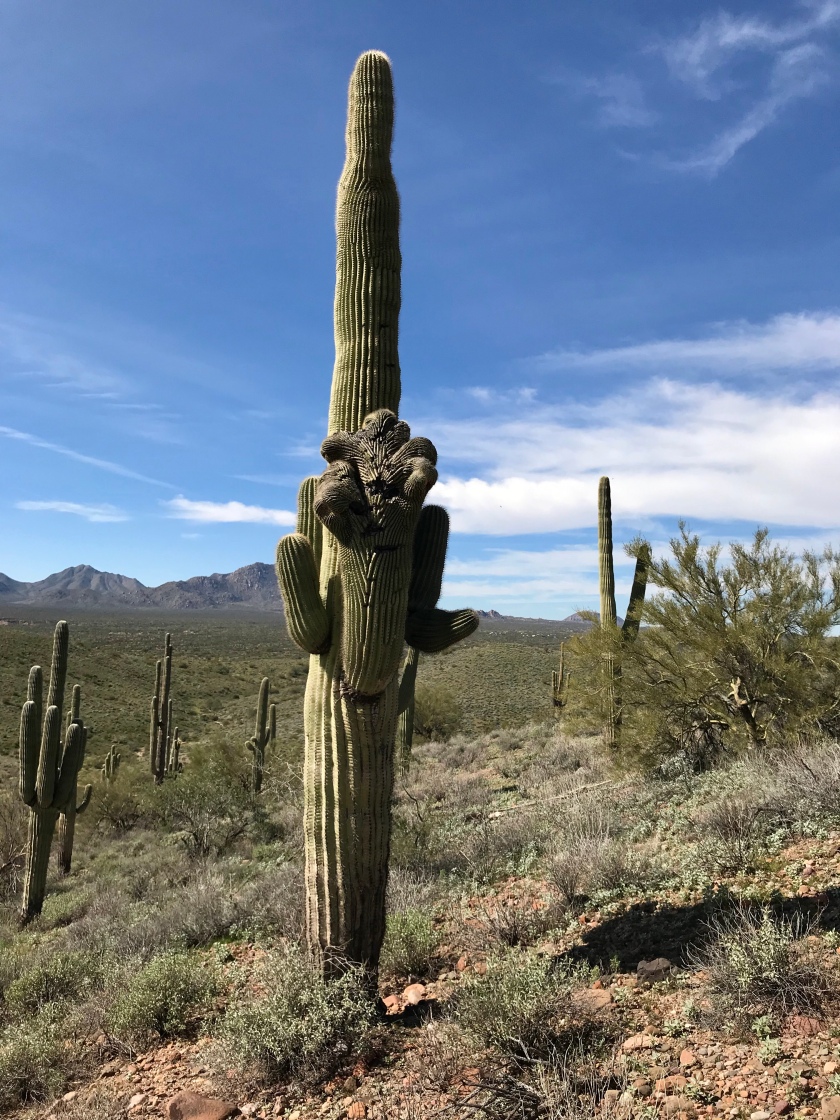 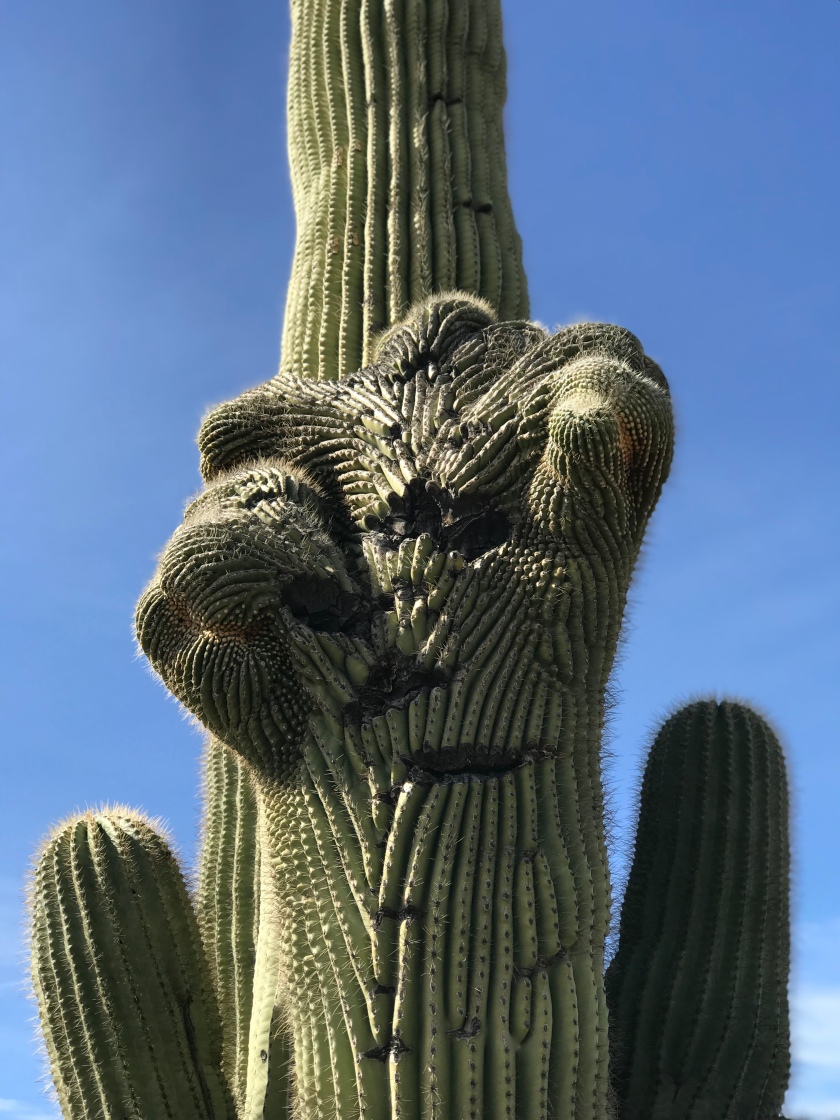 This is a Crested Saguaro and you don’t get to see many of them. There is no agreement about what causes these rare crested formations.

We lucked out and there were two performances we wanted to see while we were in the area. So… we traveled back to the Musical Instrument Museum for a performance by The Bad Plus. It was terrific.

The bike trails in the park cater to all skill levels and attract a wide variety of riders. It’s a big reason for our returning whenever we’re in Arizona. 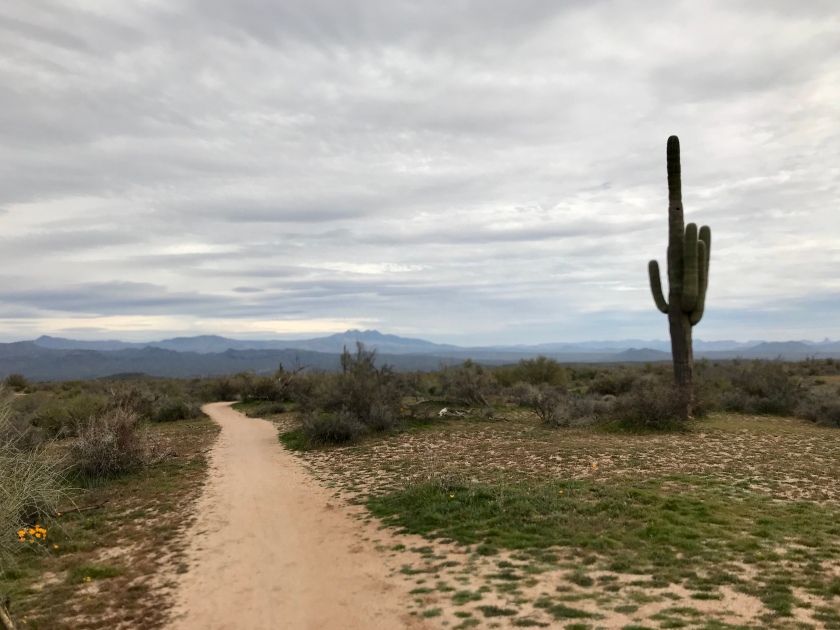 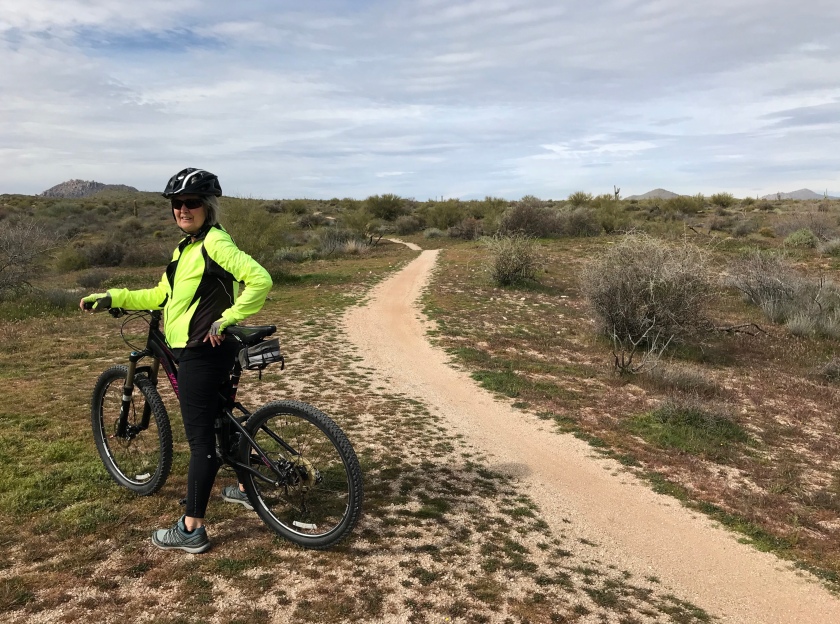 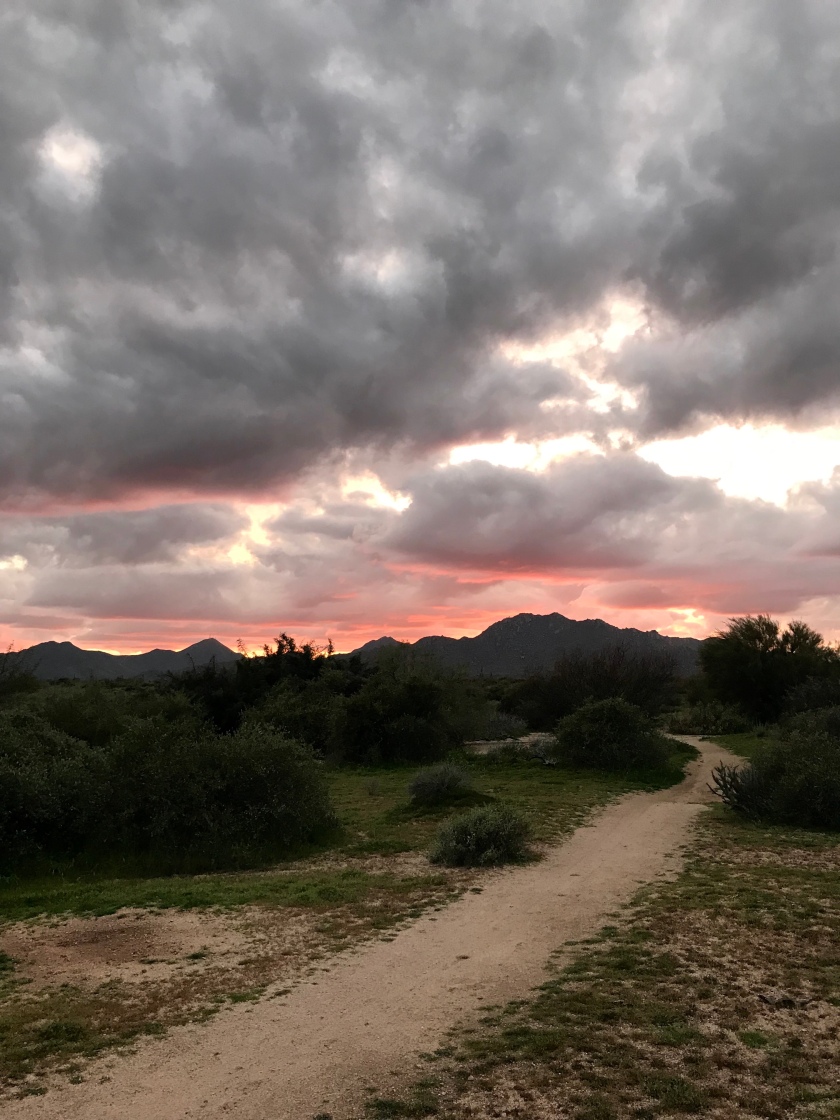 12 thoughts on “We’re Back in Phoenix”