This is one of our favorite cities on the east coast and being able to camp 25 minutes from town makes it irresistible.

We stay in Skidaway Island State Park. The campground is tucked into a beautiful Live Oak hammock near hiking/biking trails. 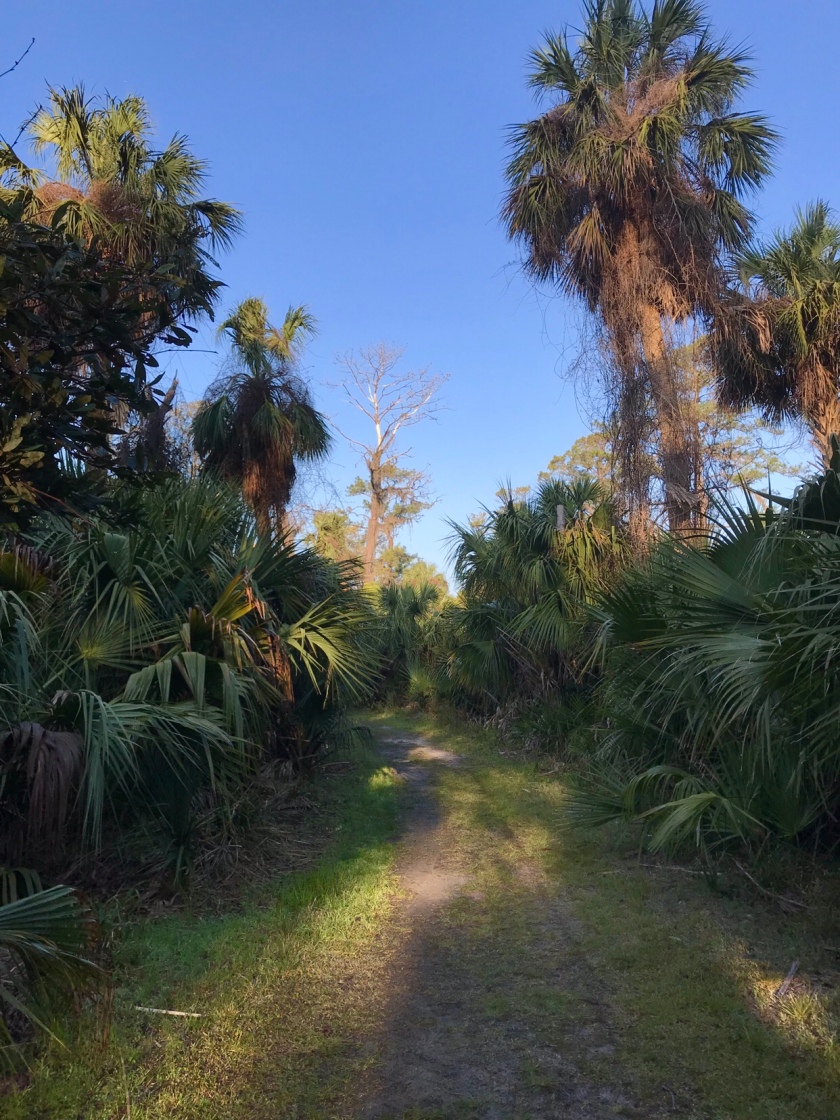 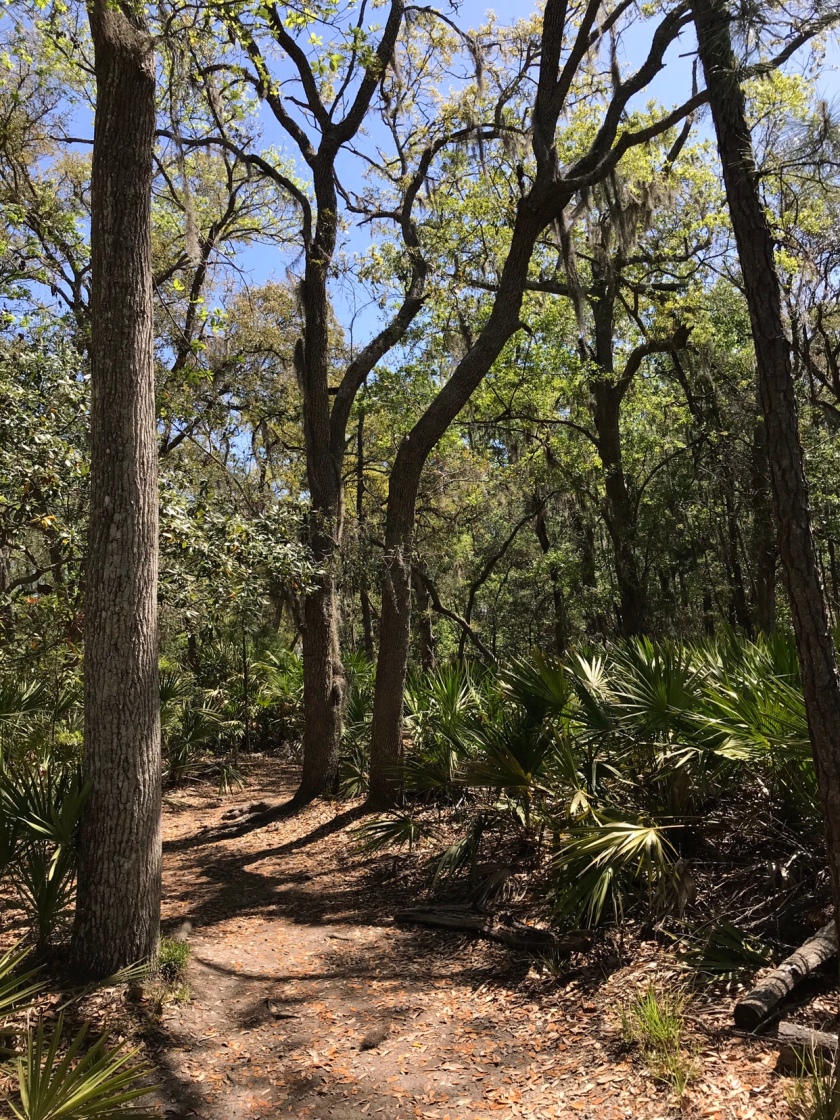 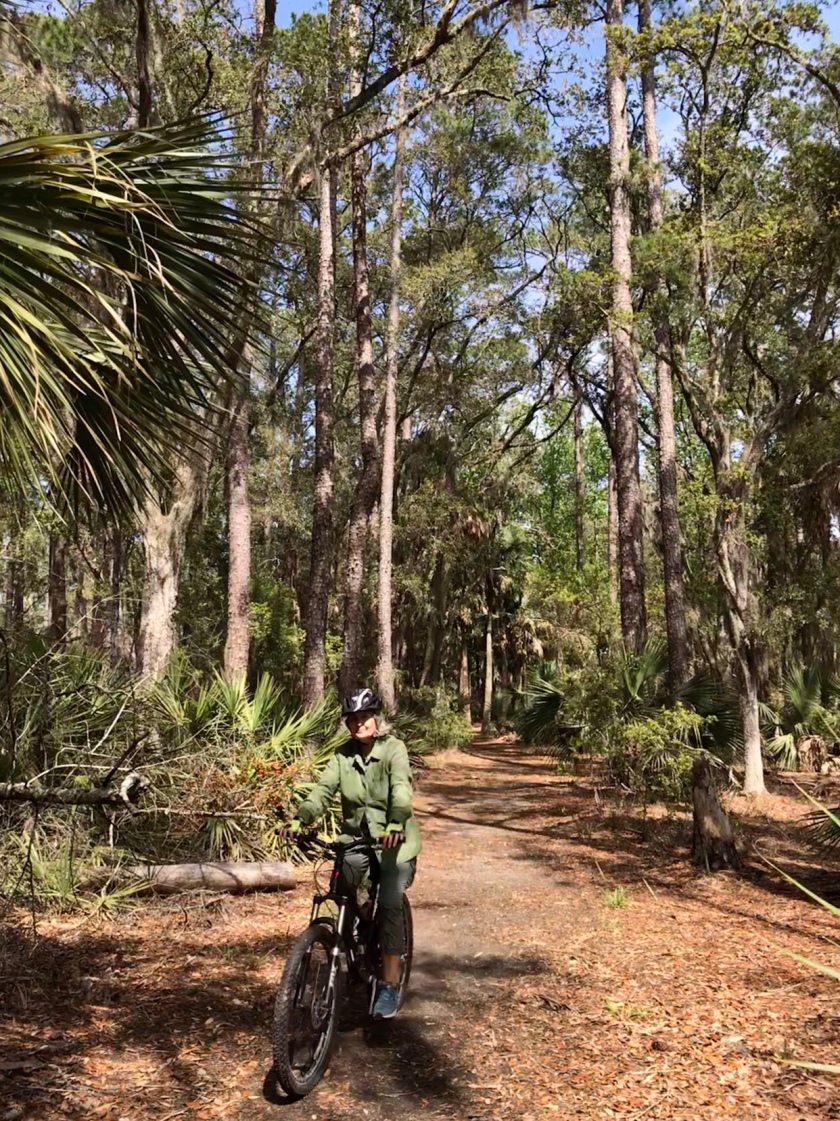 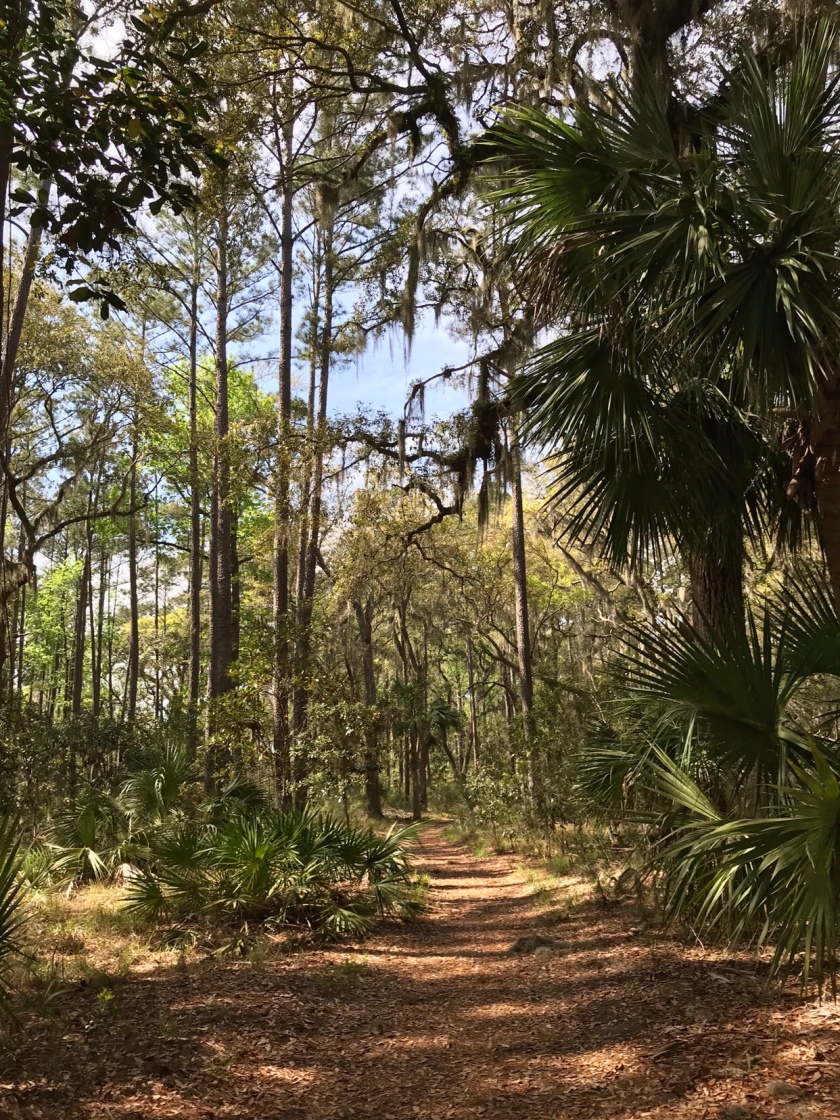 We have visited Savannah numerous times but this visit was special. Pat’s sister Doty and her partner Carroll meet up with us during their first trip in their new camper. We had a blast exploring the area. 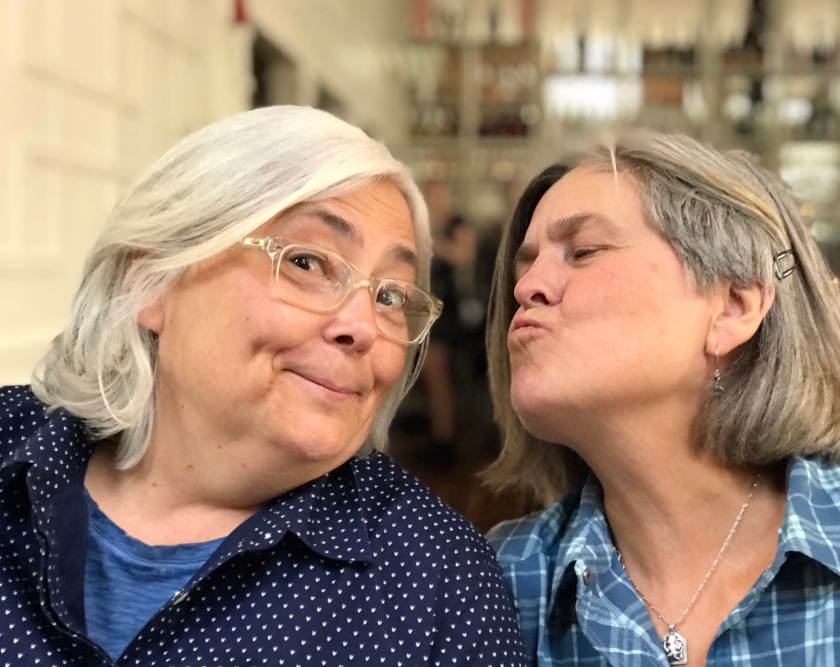 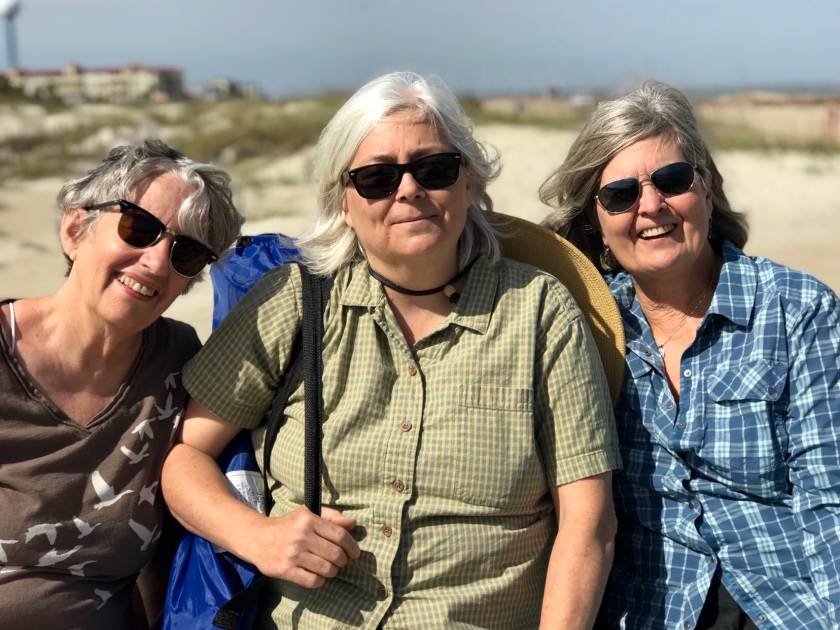 The Savannah Music Festival was happening during our stay so we spent a few days wandering downtown and attending a few performances. The festival is international in scope including a wide range of genres. We listened to African music, Jazz, Fado and attended a shadow puppet performance. 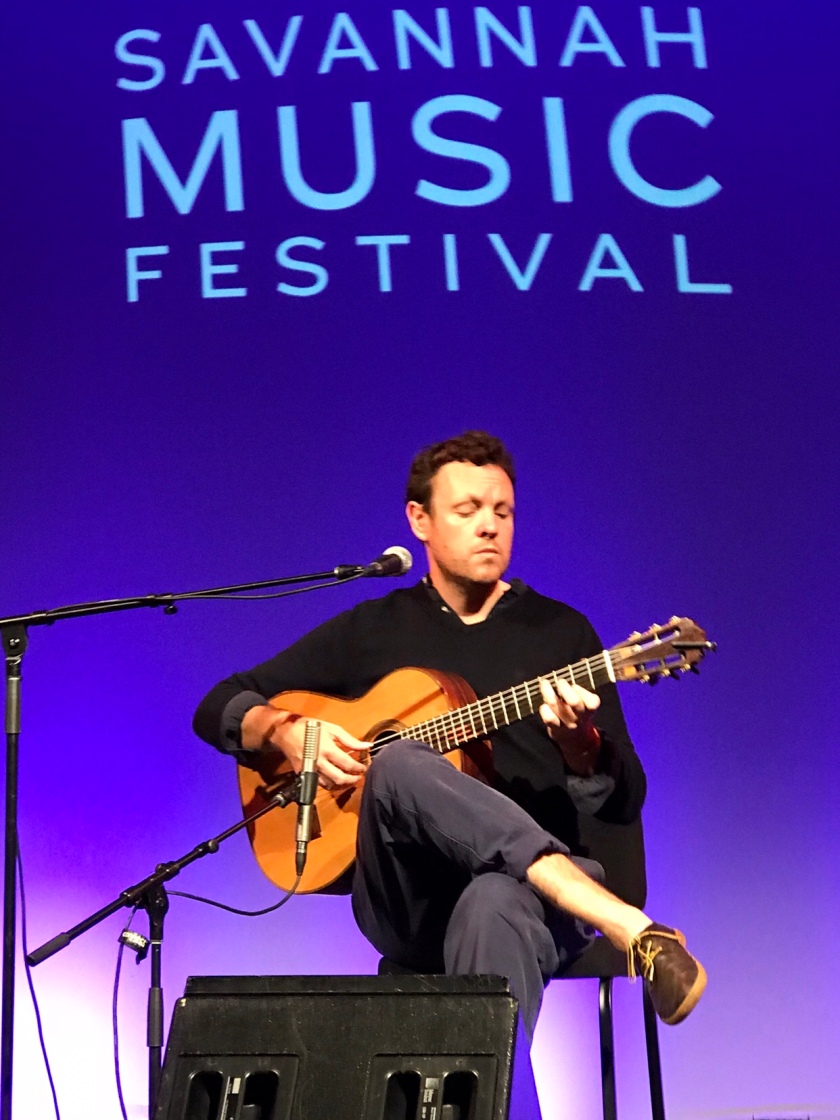 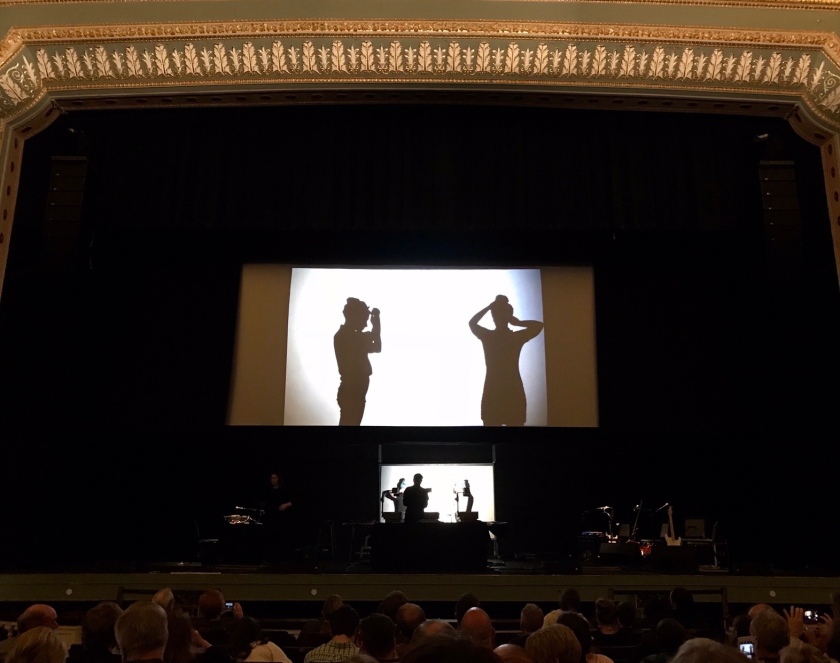 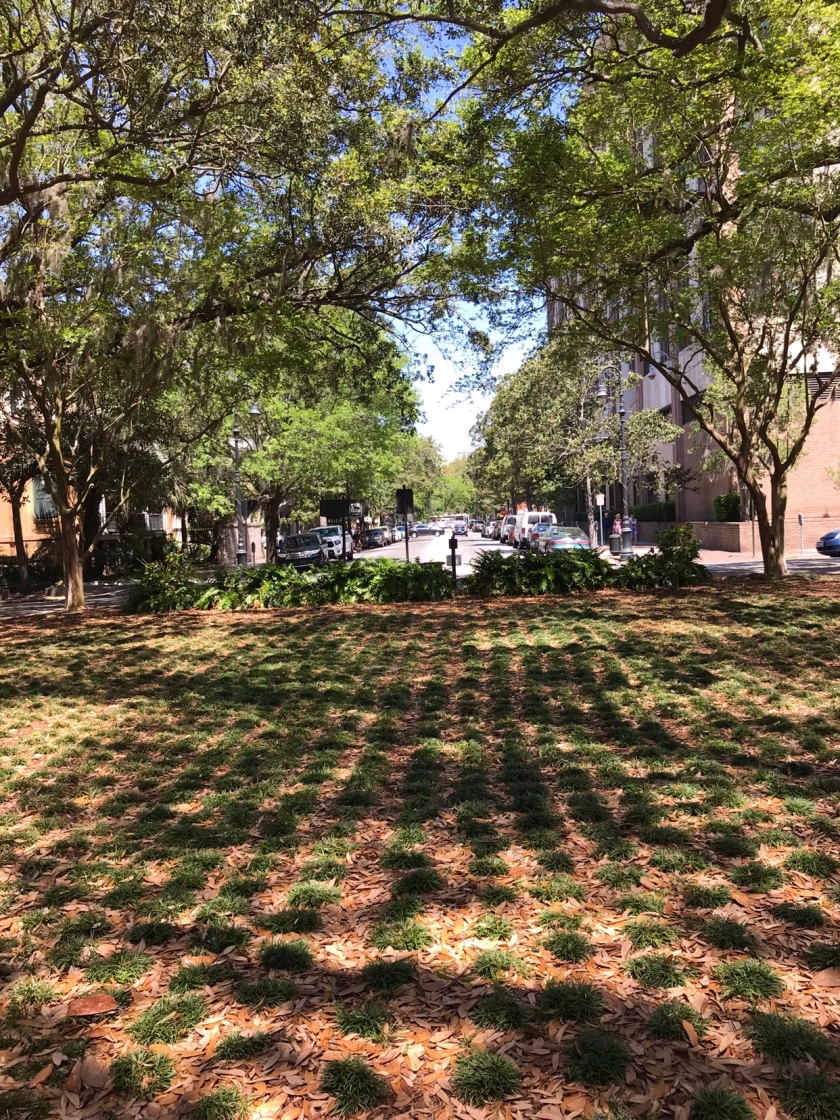 Savannah is both beautiful and historical. The city is laid out as a grid with public squares interspersed. The squares began their lives as areas for grazing livestock. Today they feature gardens and monuments. 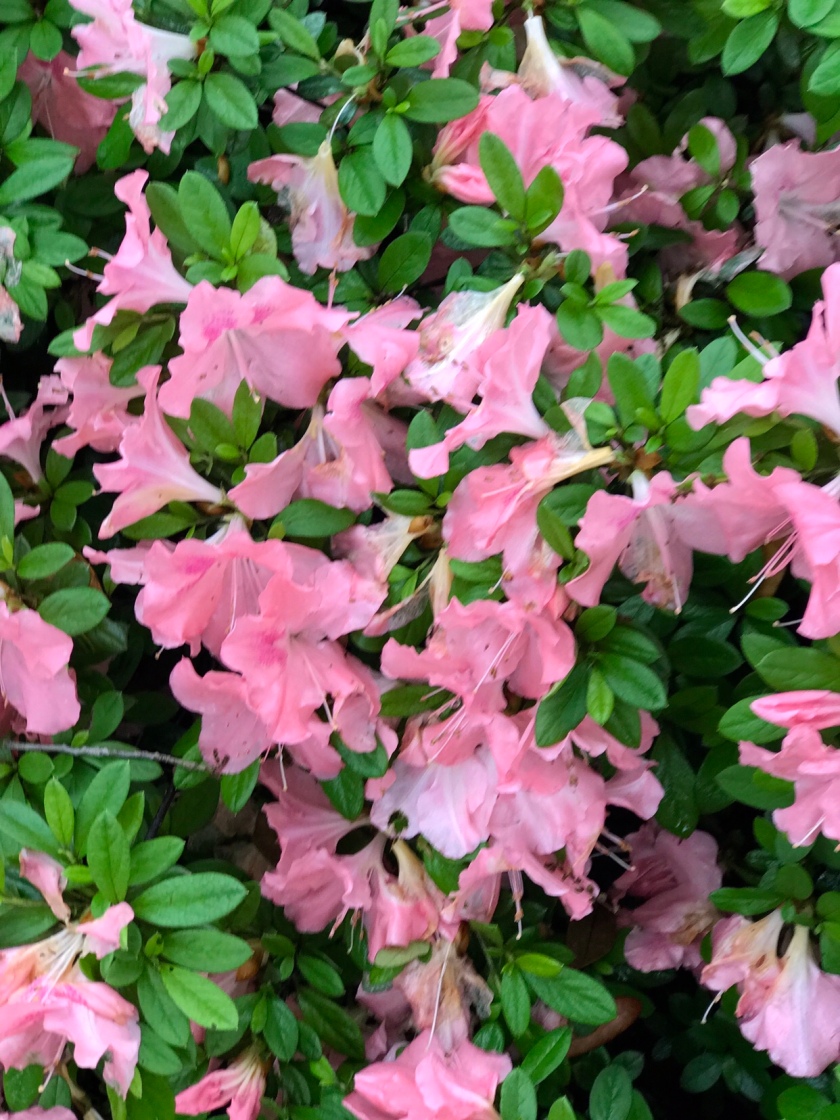 This is an old city which oozes history. 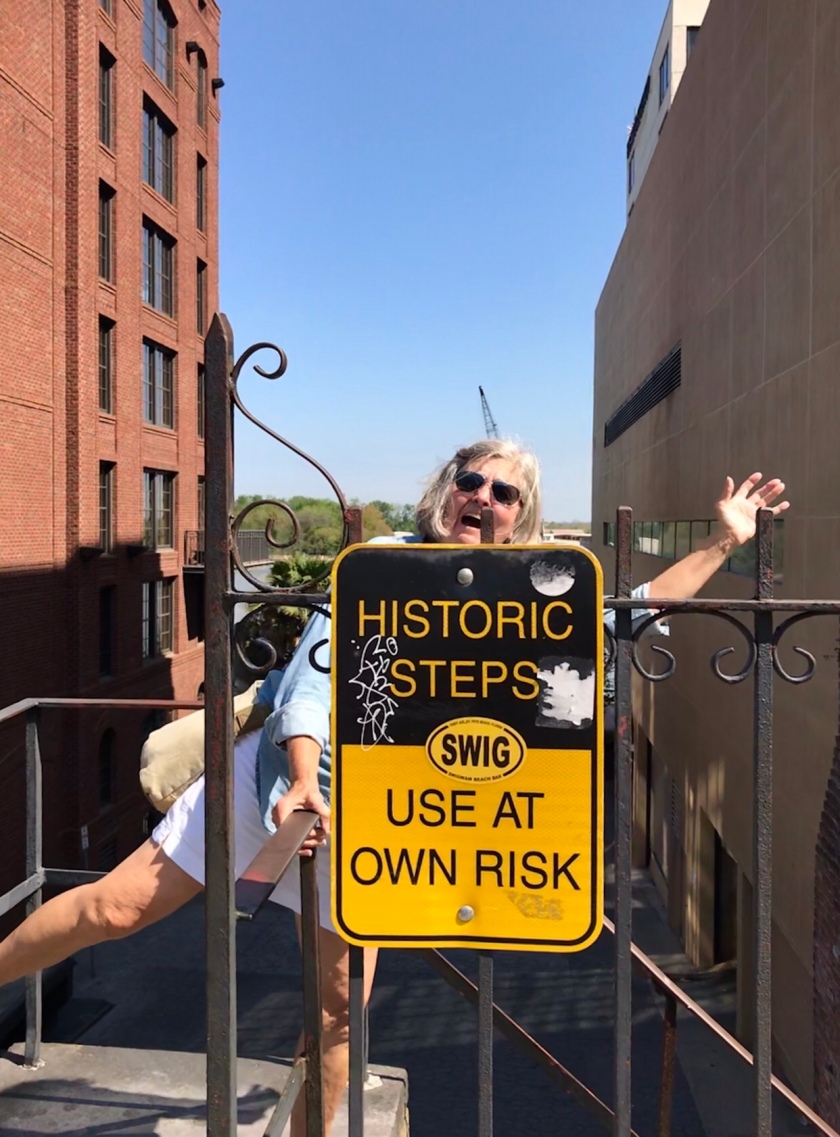 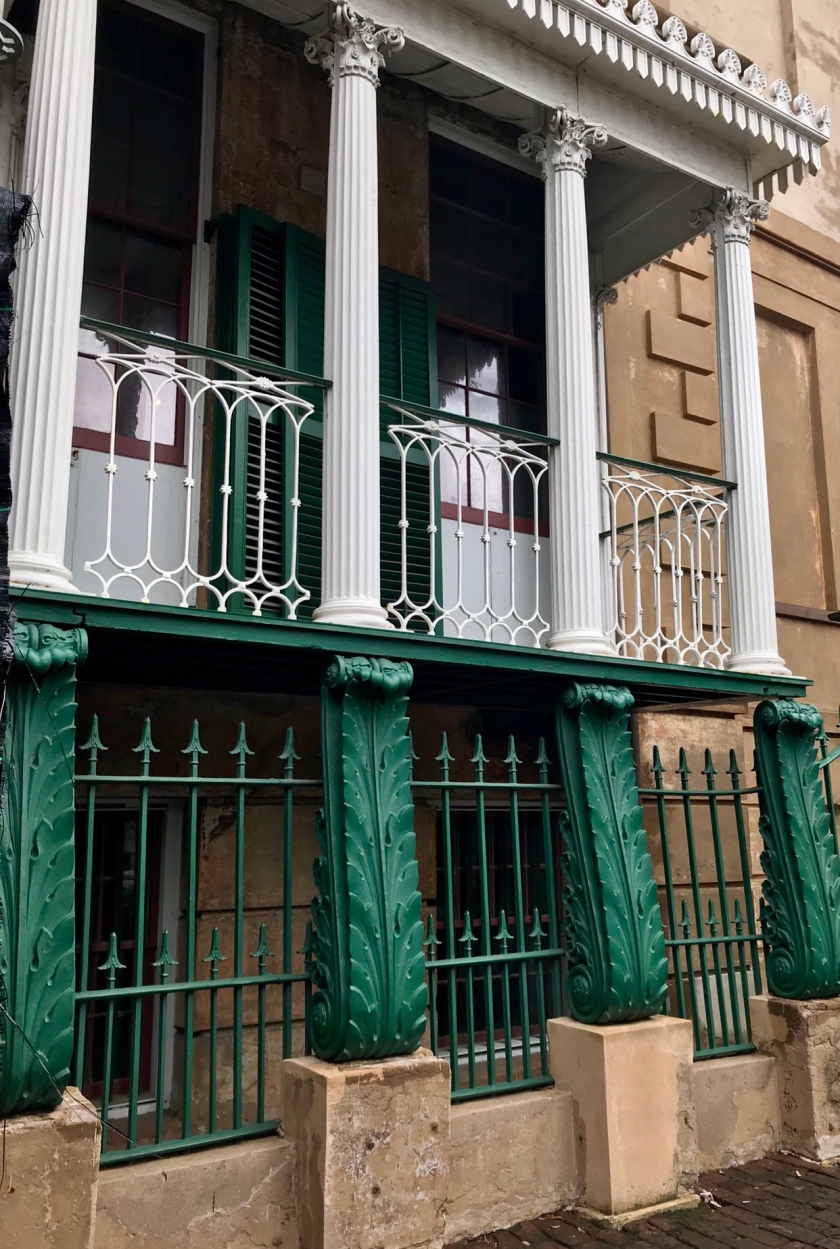 From this balcony General Lafayette addressed the citizens of Savannah in 1825. 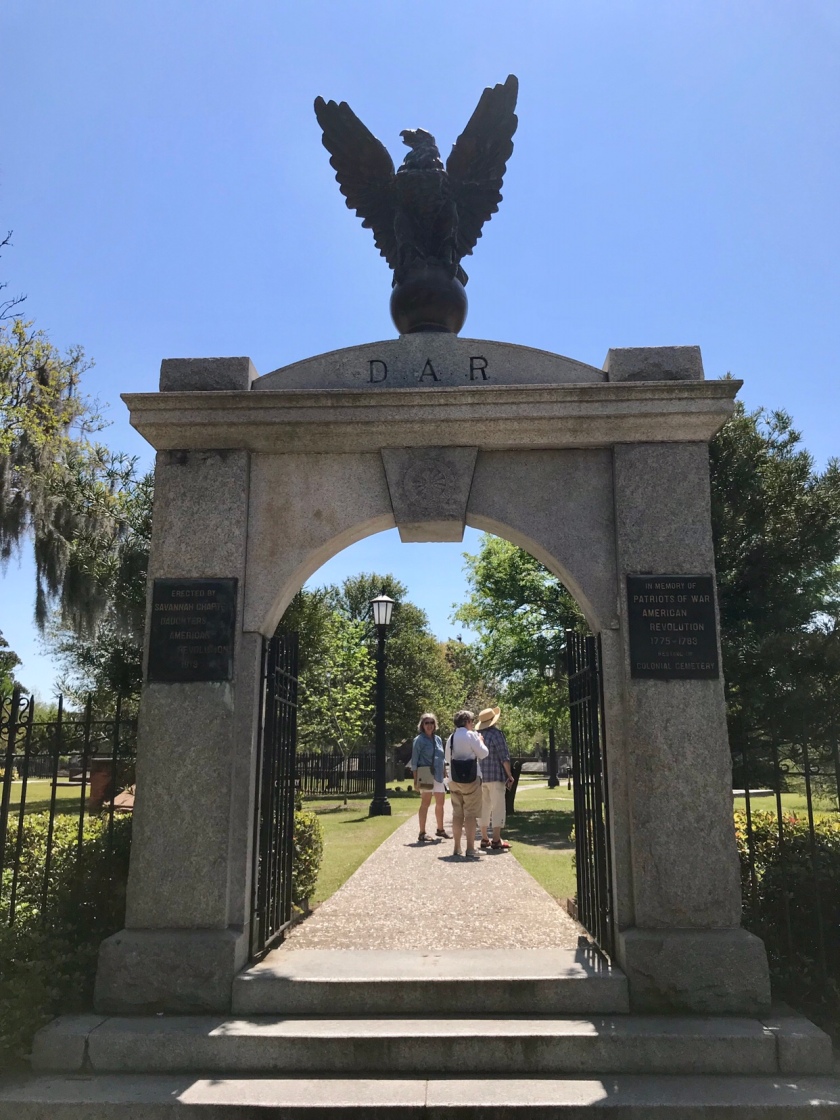 This cemetery contains the remains of a signer of our Declaration of Independence and numerous veterans of the Revolutionary War.

Savannah is also a great restaurant town. One of our favorites is The Grey, housed in a former Greyhound Bus Station. We had the oyster stew and the “Blue Plate Special”. 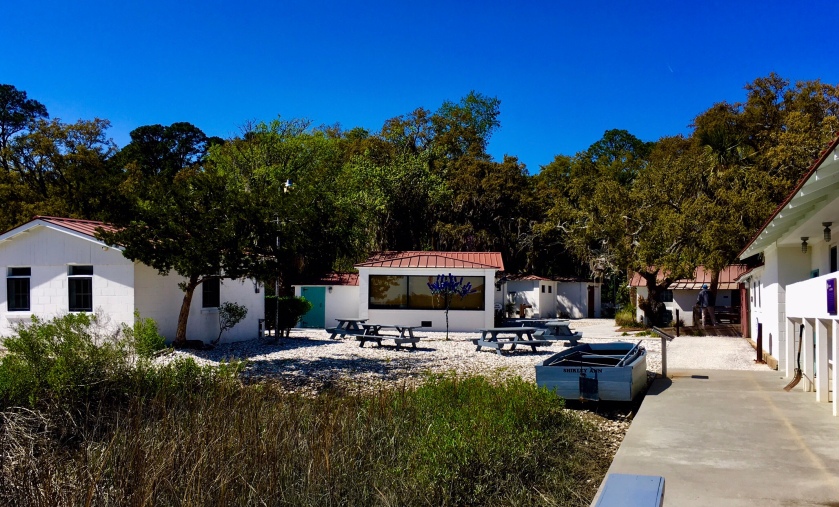 A couple of miles from the campground you will find the Pinpoint Heritage Museum. The museum is located on the site of a former oyster and crab factory, the main employer in the Pinpoint community for 60 years. The community is made up of Gullah/Grechee people, the direct descendants of slaves brought here from Central and West Africa. After emancipation these former slaves were able to purchase the land on Pinpoint and approximately 90% of the land is still owned by their descendants. It’s a fascinating history and well worth a visit if you’re in the area. 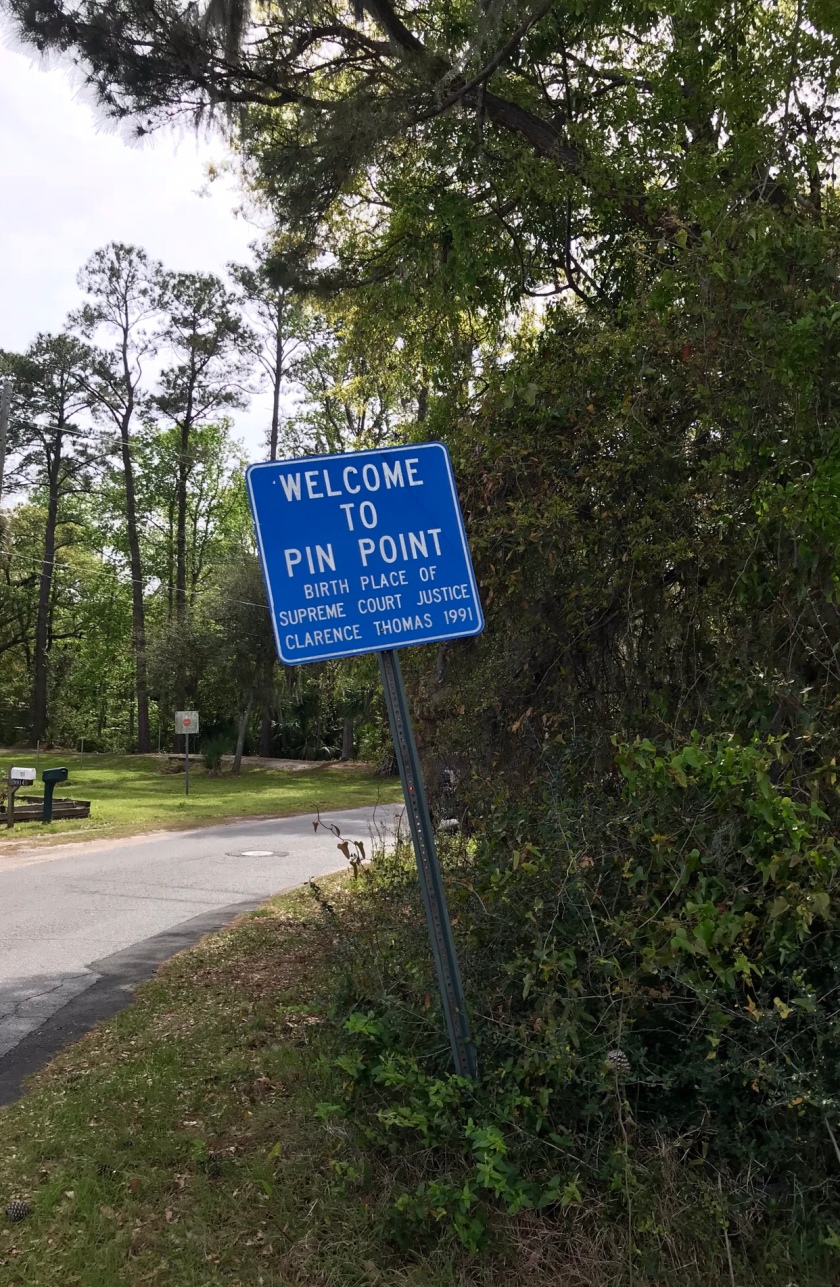 We spent our last evening @ camp visiting with a couple whose blog we follow. Laurel and Eric were visiting the area and we made plans to meet for dinner. It was great to finally meet someone whose blog has helped plan many of our trips. We had a fun time but forgot to take a photo. Here is a link to their blog.